The Blue Ribbon Commission is a group of 20 individuals, representing a broad array of communities and organizations across the United States, who bring experience and expertise in a diverse range of immigration areas, with the collective goal of providing a blueprint to change course on immigration.

For two decades, the immigration reform debate has been determined by a “comprehensive reform bill” strategy, focused on one branch of government and ignoring many communities and issues. The Blue Ribbon Commission seeks to part ways from that single bill strategy, which must be corrected, and instead lay a foundation for concrete actions to build on.

The Blue Ribbon Commission was tasked with developing a Policy Blueprint of executive and legislative action on immigration, from grassroots voices, for the next administration. Their objective was to identify specific actions that the next administration can immediately take to begin to repair the harm caused by Donald Trump.

With the Migrant Justice Platform, the Blue Ribbon Commission are charting a path forward that can concretely improve the lives of immigrants and refugees in the United States today and in the future. 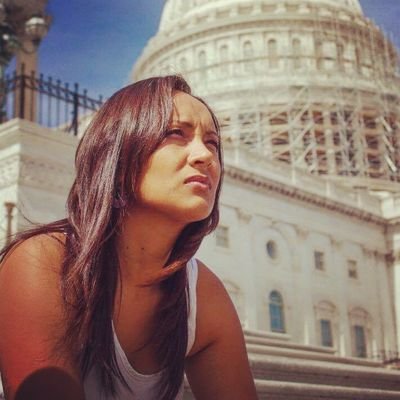 ERIKA ANDIOLA
Blue Ribbon Commission Chair A national leader in the immigrant youth movement, Erika is Chief Advocacy Officer for RAICES. Her personal struggle as an undocumented woman, with an undocumented family, has given her the drive and passion to fight for immigrant and human rights. She previously served as founding Political Director for Our Revolution, co-founded the Arizona Dream Act Coalition, and served on the National Coordinating Committee and Board of Directors for United We Dream. 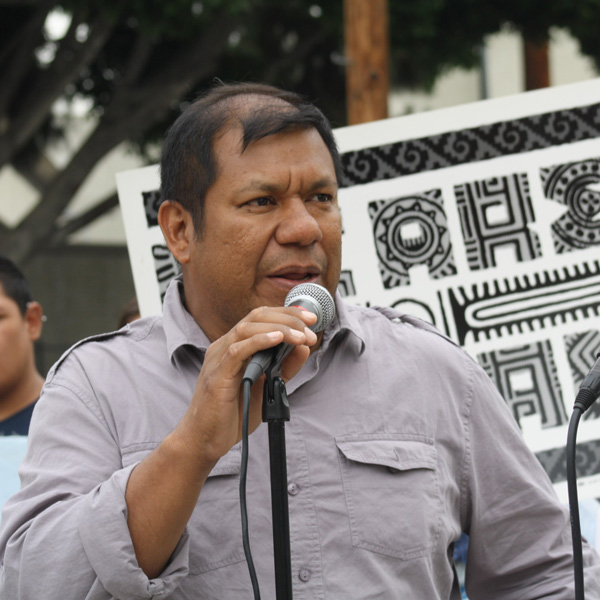 PABLO ALVARADO
Once an unaccompanied minor himself, Pablo has since co-founded the Institute of Popular Education of Southern California in 1991, Los Jornaleros del Norte day laborer band in 1996 and the National Day Laborer Organizing Network in 2001, which today counts 50+ grassroots organizations nationwide. He is an inspirational leader for migrant rights in the U.S. and has won numerous awards and recognitions, including the Next Generation Fellowship from the Rockefeller Foundation. 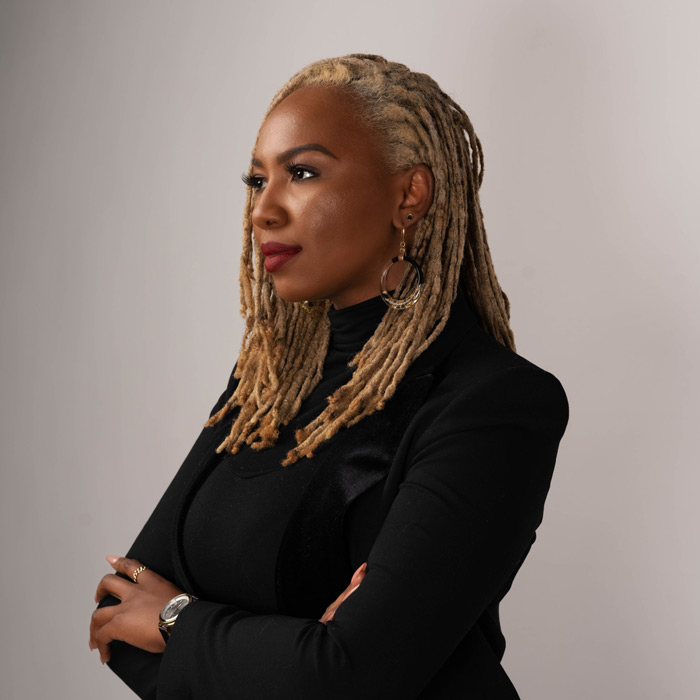 OPAL TOMETI
A leading voice at the intersections of immigrant rights and racial justice, Tometi is respected around the globe for her track record bridging communities while advancing human rights and social justice. The daughter of Nigerian immigrants, and with nearly a decade as Executive Director of the Black Alliance for Just Immigration, Tometi is an expert on Black migration and co-founder of #BlackLivesMatter. A trusted advisor to the Pan African Network in Defense of Migrant Rights, the Atlantic Fellows for Racial Equity and Africans Rising for Peace and Dignity, she is currently featured in a video installation at the Smithsonian’s National Museum for African History and Culture. 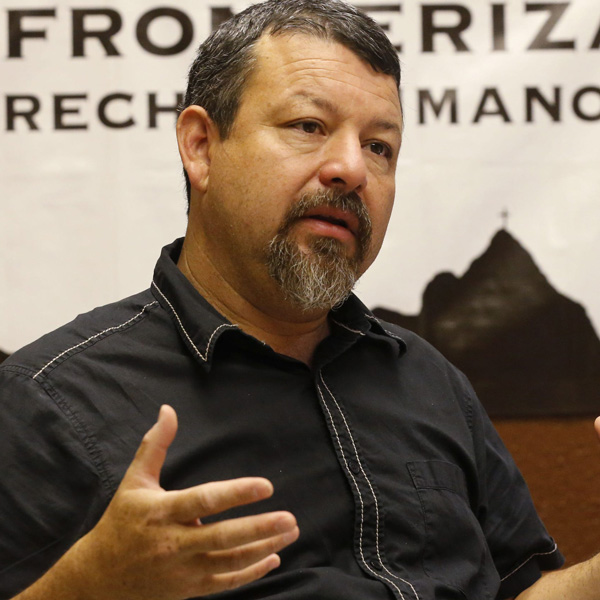 FERNANDO GARCIA
Fernando is founding Director of the Border Network for Human Rights (BNHR), a grassroots voice for immigrant border communities, and has facilitated the creation of Human Rights Community-Based Committees and the training of Human Rights Promoters across the U.S. southwest, Texas, California, and New Jersey. He served as National Coordinator of the National Movement for Legalization and Human Rights, and is current member of the Independent Task Force on Immigration and America’s Future, convened by the Migration Policy Institute. 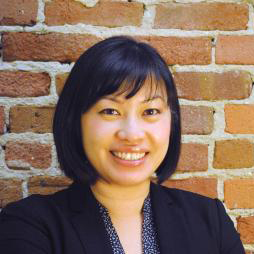 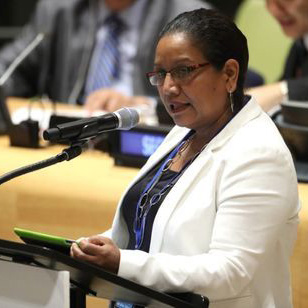 LIDUVINA MAGARIN
An attorney and longtime public servant, Liduvina is the Executive Director of the Center for Worker and Migrant Integration / Centro de Integracion para Migrantes, Trabajadores y Trabajadoras (CIMITRA) based in San Salvador, El Salvador. She is the former Vice Minister for Salvadorans Living Abroad for the Ministry of Foreign Affairs of El Salvador, and has held posts in the Legislative Assembly and Legal Department of the Ministry of Foreign Affairs covering investment, immigration, health, and the environment. 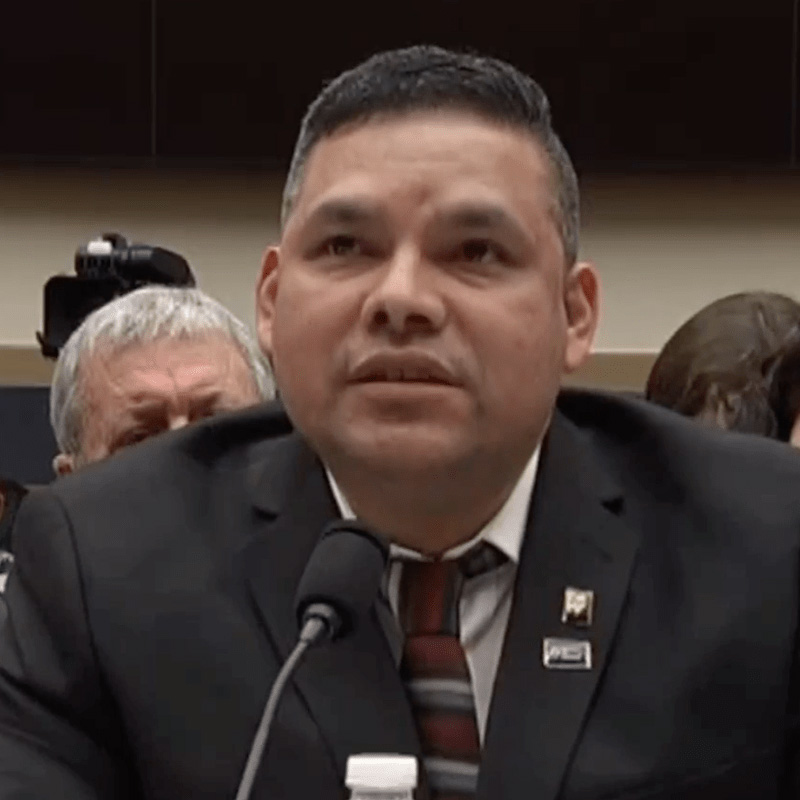 JOSÉ PALMA
An organizer and advocate for immigrant and workplace rights for over two decades, José currently serves as Coordinator for the National TPS Alliance. Working with 60 grassroots committees of TPS beneficiaries in 27 states across the country, he makes the case for permanent residency for all TPS and DED communities targeted by the Trump administration. Jose began his activism with the Student Immigrant Movement and Centro Presente, served as Political and Organizing Director at Neighbor-to-Neighbor, and later co-founded the Massachusetts TPS committee. 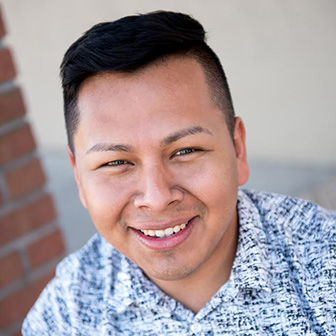 JORGE GUTIERREZ
Jorge is an UndocuQueer activist born in Nayarit, Mexico, and raised in Santa Ana, California. He is the founder of Familia: Trans Queer Liberation Movement, a national LGBTQ Latina/o organization focused on organizing and advocacy on the diverse issues impacting the trans and queer Latina/o community in the United States. He also co-founded various organizations focused on social justice for the LGBTQ and immigrant communities: DeColores Queer Orange County and the California Immigrant Youth Justice Alliance (CIYJA), and is the founder of the Queer Undocumented Immigrant Project (QUIP). 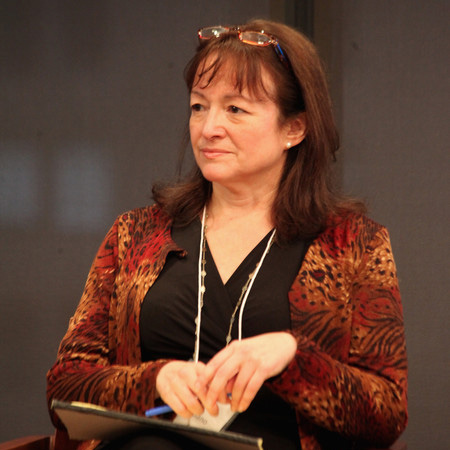 ANA AVENDAÑO
A longtime voice for the progressive labor movement, Ana is President of Minga Strategies, helping women and the next generation of leaders engage to win equitable workplaces. She previously served as Vice President for Labor Engagement at the United Way Worldwide and former assistant to the President and Director for Immigration at the AFL-CIO where she advised national and local union leaders on immigration policy and worked closely with community partners working for immigration reform.

JENNIFER (JJ) ROSENBAUM
A legal scholar and activist, advocate and organizer, Jennifer is US Director of the Global Justice Project, a hub for transnational labor strategy and collaborations. She was founding Legal and Policy Director for the National Guestworker Alliance and the New Orleans Workers’ Center for Racial Justice. She previously held the Robina Human Rights Fellow at the Schell Center for Human Rights at Yale Law School, and currently lectures at Harvard Law School. 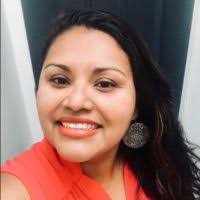 NEIDI DOMINGUEZ
Neidi is National Strategic Campaign Coordinator and Assistant to the General President at IUPAT, managing strategic campaigns nationwide and advising union leadership on immigration and racial justice. She was a key leader in the campaign to win DACA, protecting 800,000 immigrant youth from deportation, and co-directed the CLEAN Carwash campaign in Los Angeles, California, changing the lives of hundreds of carwash workers, and establishing a powerful precedent nationwide. She previously served as National Director of Worker Center Partnerships and Deputy Director of Community Engagement at the AFL-CIO. 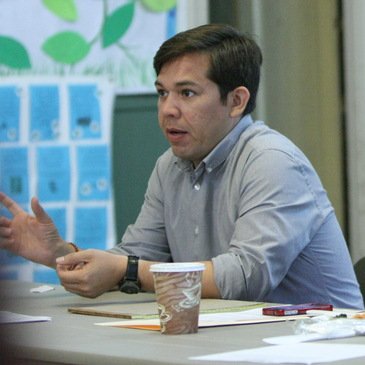 GONZALO MERCADO
Gonzalo is founding Executive Director of La Colmena Community Job Center and manages transnational projects for the National Day Laborer Organizing Network (NDLON). He established the first transnational project with immigrant workers from Puebla, Mexico living in Staten Island, NY that has resulted in the reunification of 30 families after decades of separation. Over his many years of work in NYC with immigrant workers, Gonzalo was instrumental in launching the “day laborer volunteer brigades” in response to Superstorm Sandy, in winning the first ever NYC council day laborer workforce initiative, and creating the New York Tlan Transnational Festival. 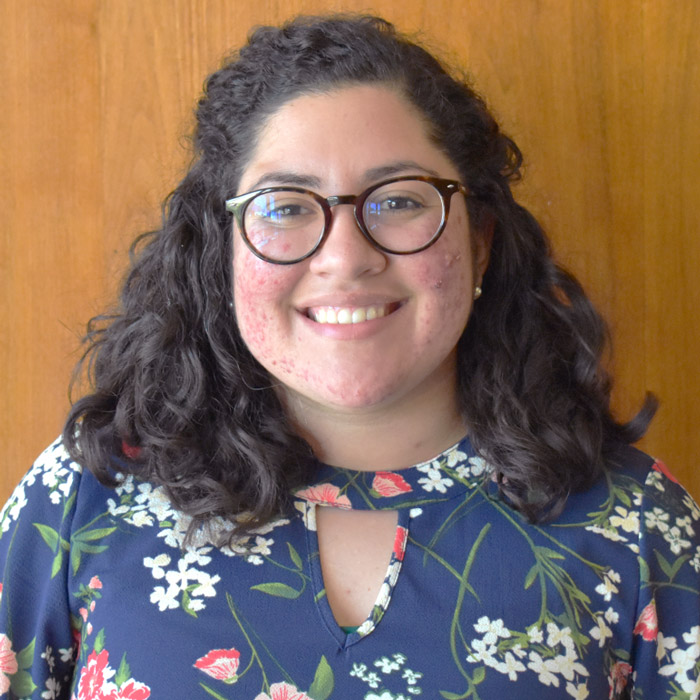 STEFANIA ARTEAGA
An activist, organizer, and strategist, Stefania has played a crucial role in advancing immigrant organizing in North Carolina, co-founding the grassroots Comunidad Colectiva and helping push back the tide of sheriffs joining 287(g) jail deportation agreements with ICE. As an immigrant from El Salvador, she spent years organizing undocumented students, deportation defense campaigns, and toward the successful end of 287(g) in Charlotte/Mecklenburg County. She most recently joined the ACLU of North Carolina as Statewide Immigrants’ Rights Organizer. 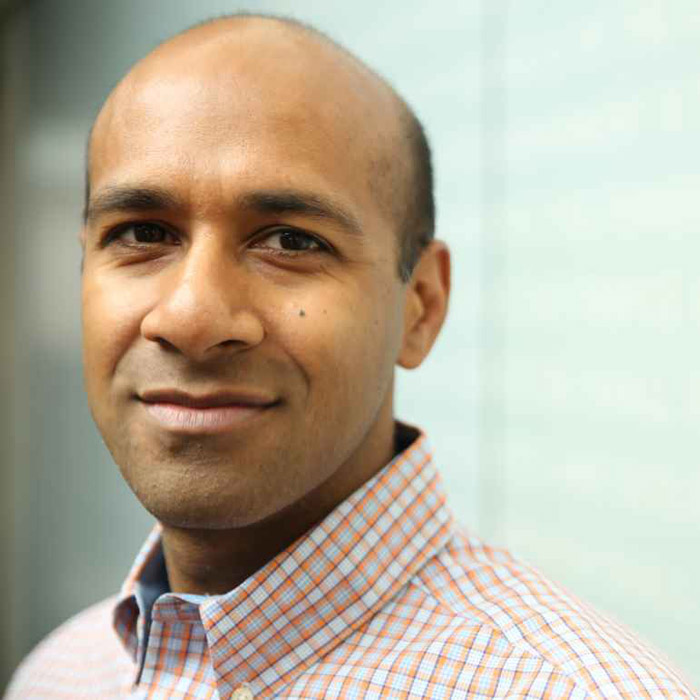 AHILAN ARULANANTHAM
Ahilan is senior counsel at the ACLU of Southern California, where he has successfully litigated some of the most important cases to provide limits on the government’s treatment and detention of immigrants and refugees in the United States, such as Nadarajah v. Gonzales, which provides limits to the government’s power to detain immigrants as national security threats. He has testified before the U.S. House and Senate on national security and immigration. In 2007, 2008, 2009, 2012, and 2013 he was named one of the Daily Journal’s Top 100 Lawyers in California, and in 2016 received a MacArthur Foundation Fellowship. 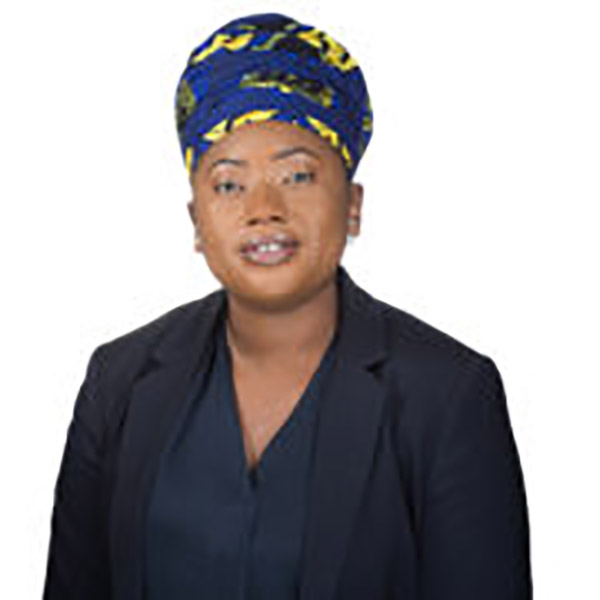 SADATU MAMAH-TRAWILL
Sadatu is a Community Organizer for African Communities Together (ACT) and has spent nearly two decades fighting alongside workers in New York. While working at a non-union hotel, she helped organize her co-workers into Hotel Trade Council Local 6, UNITE HERE, later joining the union as an Organizer. She later served as Lead Organizer and Secretary Treasurer for Local 2006 of the Retail Wholesale & Department Store Union (RWDSU), where she helped launched the Retail Action Project, an immigrant worker initiative. Over the years, Sadatu has helped thousands of workers organize and win back millions of dollars in unpaid wage claims. 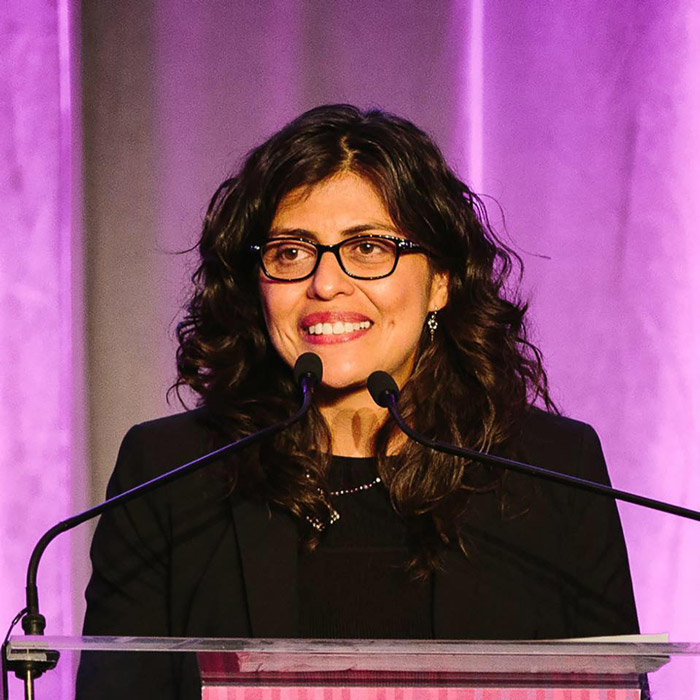 ALEJANDRA ANCHEITIA
Alejandra is Executive Director at the Project on Economic, Social, and Cultural Rights (ProDESC), a human rights organization based in Mexico City. For over a decade, she has been an outspoken advocate and defender of fundamental rights across Mexico, articulating a vision for economic and social rights, and advancing a research initiative on “Constructing Transnational Justice for Migrant Workers.” She was honored as a Wasserstein Public Interest Fellow at Harvard Law School in 2012, and in 2014 with the Martin Ennals Award. 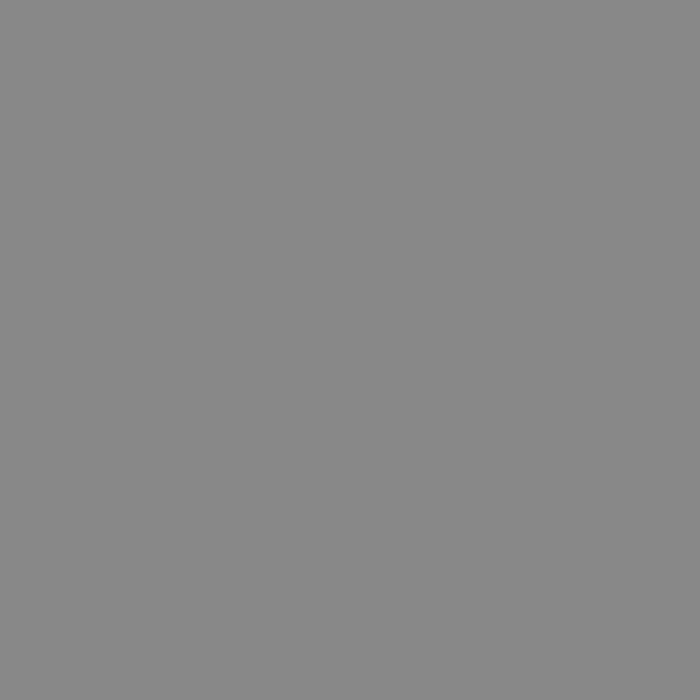 BENJAMIN JORNALERO
Benjamin is an undocumented immigrant, day laborer, activist, and active volunteer of the Arriba Las Vegas Workers Center. As a day laborer himself, he has witnessed and organized against rampant wagetheft committed against day laborers, domestic workers, and other workers in similar precarious work conditions. He has trained hundreds of fellow workers in preventing and confronting cases of workplace abuse and how to file a wage claim. 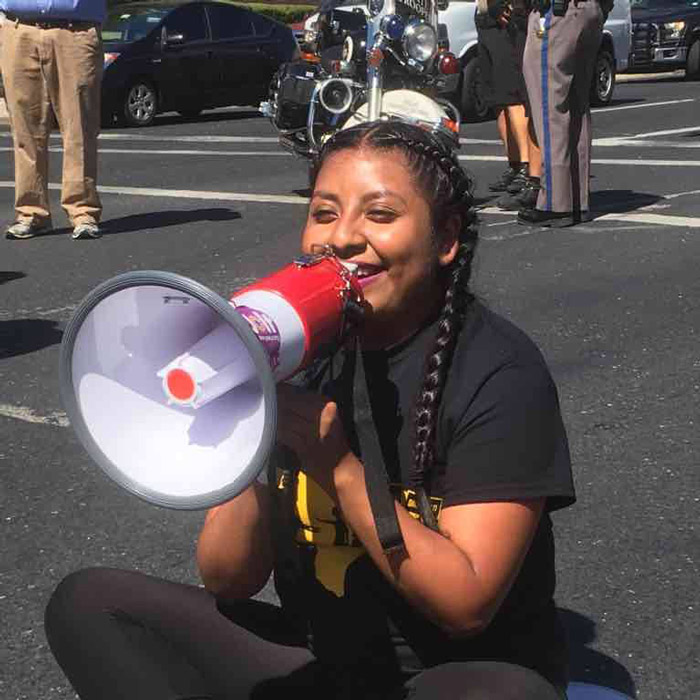 CATALINA SANTIAGO
Catalina is an organizer with Movimiento Cosecha. She is a dedicated leader from Homestead, Florida who builds power in her community with passion, humor and heart. As the daughter of farmworkers, Catalina embodies the strength and courage of the communities that she works to protect and support. She inspires those around her to believe that change will come, and it will come from the leadership of those on the front lines, working hard and taking action. She has organized rallies, marches and actions around the country in the path towards dignity, respect and permanent protection. 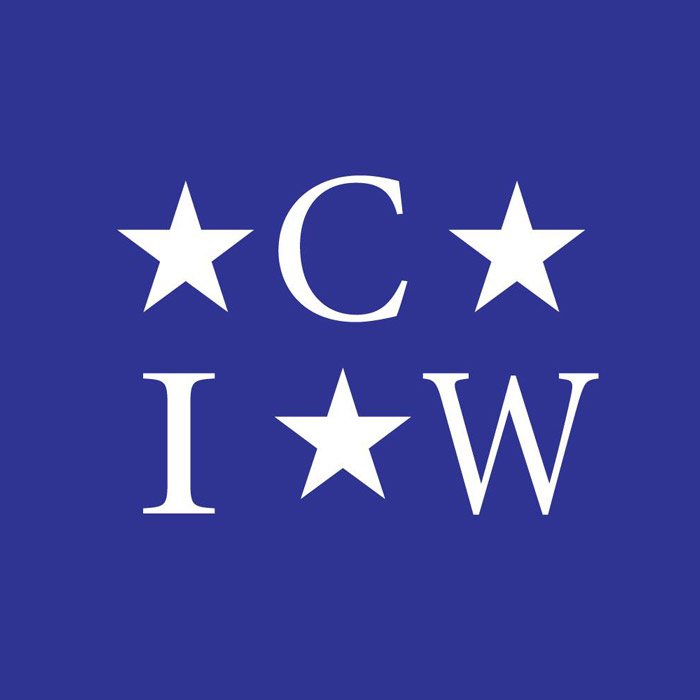 MEMBER, COALITION OF IMMOKALEE WORKERS
The Coalition of Immokalee Workers is a worker-based human rights organization internationally recognized for their work exposing, challenging, and preventing human trafficking and gender-based violence at work. The Coalition members are particularly known for launching a new model for Fair Food in U.S. agriculture, grounded in a worker-led, market enforced approach to protecting human rights in the corporate supply chains. 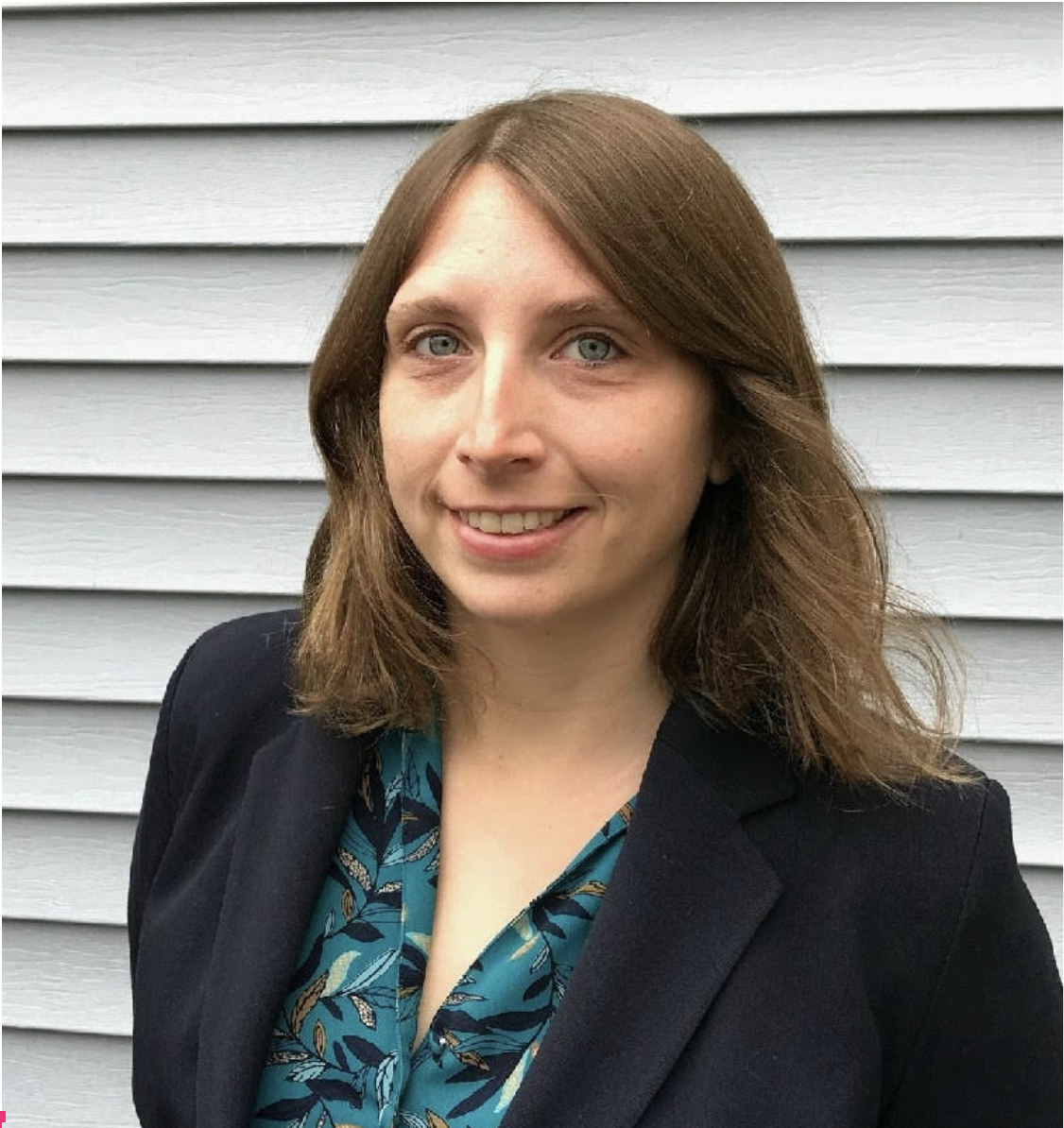 KATE RICHARDSON
Kate Richardson is an attorney and Immigrant Justice Corps fellow at RAICES in Austin. Growing up in Houston,Texas, Kate went to school with many children of immigrants and was blessed with easy access to countless immigrant-owned restaurants in the city’s famed strip malls. Kate is passionate about ending all immigrant detention. Her article about Border Patrol detention (“hieleras”) was published in the Fall 2017 edition of the Loyola Law Review: “From Jails to Emergency Shelters: Dismantling Unconstitutional Border Patrol Detention,” 63 Loy. L. Rev. 521. 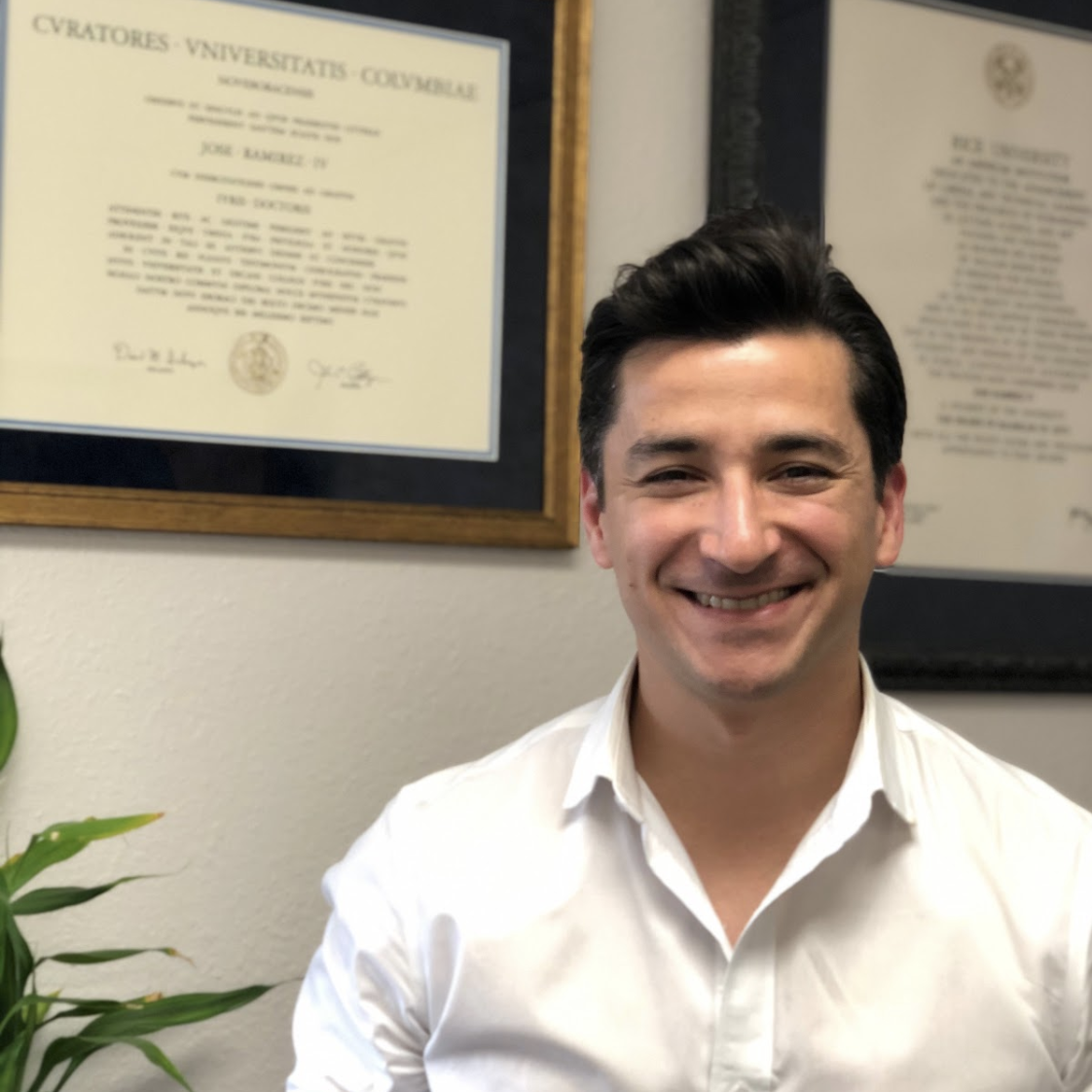 JOSÉ RAMÍREZ IV
José Ramírez IV is an attorney with RAICES in Austin, Texas. He represents undocumented children in State and Federal court, and believes strongly in the necessity of representation before the law, fighting for justice in an unjust system, the illusory nature of man-made borders, and the free movement of people in search of a better life.

RYAN J. SUTO, ESQ.
Ryan J. Suto, Esq. is the Policy Counsel for the Arab American Institute where he focuses on immigration, surveillance, and foreign policy. Previously, Suto worked with organizations such as UNDP Bahrain and the Tahrir Institute for Middle East Policy. Ryan graduated from Syracuse University’s Law and Public Diplomacy program, where he received certificates in middle eastern affairs, international law, and post-conflict reconstruction. He previously earned bachelor degrees in political science and philosophy from Penn State University.